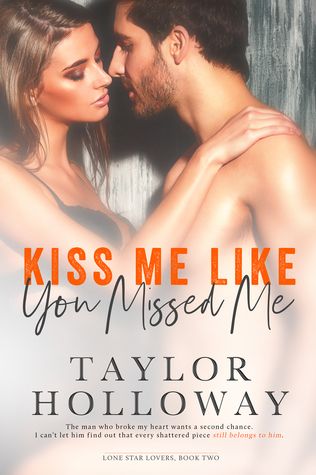 Kiss Me Like You Missed Me (Lone Star Lovers #2)

My brother's best friend Cole was my foolish, hopeless teenage obsession. I've never felt anything as intense as my time with him, and nothing since has measured up. I know it was impossible for us to stay together, but it still crushed me.

I can't deny that there's just the tiniest little sliver of my mind that wonders what might have been.
There's just the smallest, most fragile corner of my soul that wonders if we could ever rekindle what was lost.
And then there's my body, screaming ravenously and insistently for just One. More. Night.

As my brother's best man, Cole and I will be seeing a lot of each other.
He's made it clear that he wants a second chance, but all the obstacles between us are just as real as ever.
With my heart hanging in the balance, I know I'm in trouble.

Kate won me over when she drove an hour out of town just to dump a bunch of refrigerated deer piss on the lucky hero.

Yeah. That's basically a good description of her personality throughout the whole book. And I cannot get enough of it. Kate is a tough cookie who doesn't take crap, and I found her a really refreshing heroine. I really cared what happened to her, and I wanted her to catch a break so badly. Specifically, I wanted her to get the guy.

Cole was... a bit clueless, but in an endearing way. In the flashbacks where he was younger, I found him a bit more objectionable, but in a very realistic way -- college-aged guys with football careers ahead of them and stars in their eyes don't always make the best decisions. As an older, wiser guy, I appreciated how much he cared about the people around him and went out of his way for them. I'll admit, his wide-eyed fear of what Kate's brother might do gave me a chuckle every once in a while. Yes, it's a little bit of a dated and overprotective trope. I'm allowed to enjoy it anyway.

If there's any trope I love just as much as friends to lovers, it's my brother's best friend. I feel like we all grew up with that one embarrassing crush on someone we knew wouldn't like us back -- whether because we were "off-limits" or "too immature." There's a serious thrill involved in reading about someone whose impossible crush actually reciprocates feelings.

The event that initiated Kate's crush felt so iconic and relatable. Early on in the book, Cole accidentally wrecks her prom night with a prank that was actually aimed at her brother. When Kate retaliates in her over-the-top fashion, Cole doesn't get angry -- in fact, he realizes what an awful mistake he made, and he goes to great trouble to apologize to her. That scene melted my heart and cemented my need to see them together.

The book keeps up that pleasant little thrill I'm always searching for from a brother's best friend romance. A little bit of sneaking around, a lot of sighing and mooning and both parties making good on things they always wanted to do to each other. Maybe this trope isn't your cup of tea, but if it is, I don't see how you could possibly resist Kate and Cole.

There are a few misunderstandings in here, I think, but the one that comes immediately to mind has to do with Kate, and her (very traumatic) reaction to something that happened early on with Cole. Again, I found her extremely relatable as a heroine, and while I spent a little bit wanting to shake her and tell her to take another leap of faith, I completely get why she found it so hard to do. I often find Big Misunderstandings to be contrived and exasperating, but I think this one was extremely well-done.

I can't say that there were really any external villains in this book worth noting, though my memory could be failing me. Most of the book's conflict was driven by legitimate problems between the hero and the heroine. Normally, I find that books suffer when it's all about that central conflict, but I found that this book pulled it off very well.

Cole's apology just melted me. How could you not love him, after that?

I did not hit pause on this book for even a second -- even when I probably should have. It's a quick, yummy read, and you won't want to put it down.

I found this to be the quintessential brother's best friend book, in all the best ways. I've put it on my bookshelf for cozy, nostalgic rainy days. It will certainly be read again. 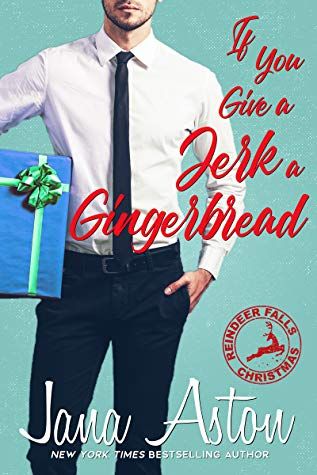 If You Give A Jerk A Gingerbread (Reindeer Falls #2) 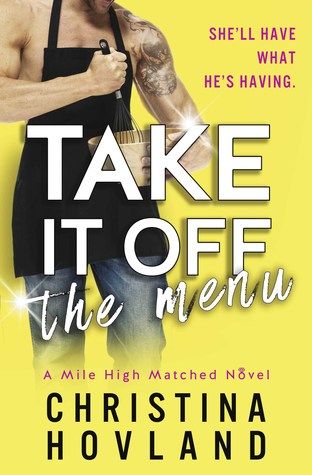 Take It Off the Menu (Mile High Matched #3)