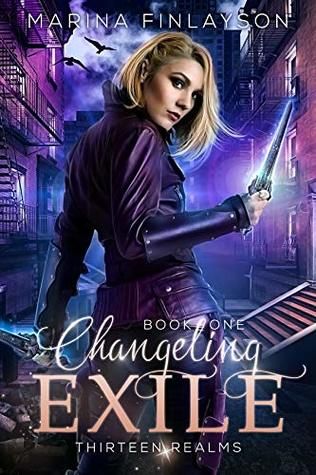 I’d do anything to go home to Autumn, the fae Realm where I grew up. I might only be a changeling, but it’s where I belong. That’s why I’m doing everything the Lord of Autumn commands.

My latest job: enforcing fae laws in the human world. It’s hard enough, but it gets worse when I meet my new partner. The Hawk is a fae knight, hot as hell—and an unrelenting jerk when it comes to changelings like me.

Somehow, I have to impress this guy to get back to the Realms. Kind of hard to do when we end up running for our lives. I said I’d give anything for the chance to go home—but I didn’t think that would include my life.

Allegra is a changeling -- a human child stolen away to faerie and raised by a faerie parent, then cruelly discarded back into the real world as a grown woman. Like most changelings, Allegra is a fish out of water no matter where she goes, and she longs for a belonging and acceptance that it's clear she'll never have. The book's plot begins in earnest when Allegra is called back to the Autumn realm of faerie where she grew up. The faeries there openly manipulate her need to be accepted by dangling the idea that she'll be allowed to come home if she accomplishes a job for them.

I found the idea of a changeling heroine super interesting. Allegra's discomfort and lack of belonging made her a really relatable character, and her psychological weakness was a great Achilles heel for an otherwise strong character.

The Hawk (sometimes just called Hawk) is a faerie knight who's been searching fruitlessly for his missing king for years now. He's simultaneously respected and looked down upon by the other faeries, who believe he's obsessed with a hopeless mission. He comes off as a bit standoffish for much of the book, but I'll admit, it's that yummy, dangerous sort of coldness that makes him so appealing as a love interest. Seeing him warm up to Allegra over the course of the book was deeply satisfying. I instaclicked the next book in the series because I enjoyed the first one so much but mostly because I wanted to see more of their relationship progression.

There are very few books that do faeries and do them well. Thus, I'm giving this book the honored faeries keyword.

I loved the worldbuilding in this book. The roleplaying geek in me saw definite hints of Changeling: The Dreaming in some of its choices, though it's radically different in a lot of important respects. Maybe it's better to say that there's an homage to Changeling: The Dreaming if you squint a bit. The faeries don't feel utterly unapproachable -- they definitely have human qualities to them -- but they separate themselves from humanity and often use and discard both humans and changelings in an appropriately faerie manner. Too many paranormal books seem to use faeries as a general purpose fill-in-the-blank race, without bothering to do the research to figure out what makes them different from vampires with wings. In this book, faeries are faeries, damn it, and I can't fully convey how much that enthused me.

There's more external plot in this book than misunderstanding, which I wholeheartedly endorse. I enjoy seeing the two main protagonists have to work together to overcome obstacles, rather than simply talking past one another. The development of Hawk and Allegra's relationship under pressure felt natural and enjoyable.

Okay. The villain in this book was good. I don't want to spoil anything, but faerie politics play a big part in the story. By the end, it's quite clear who's to blame for everything -- but he's made himself effectively untouchable. For now. After this book, there's a more unique problem at play -- the heroes know exactly who the villain is, but can't accuse him openly. I loved that little twist, and I did definitely enjoy the follow-up.

Woe and sadness! This book had romance, but it was ultimately clean. Not to worry, my dears. At least one of the follow-up books has a bit of spice to it. You'll just have to be patient.

I read through this book in a single evening -- not once, but twice. This may just be my own fondnesses taking the wheel, but I still wholeheartedly endorse this book.

I can't say enough about the worldbuilding in this book. I loved the setting, and I'm so glad that the author has continued writing stories in the Thirteen Realms.

Whenever I get worn out on writing, I suspect I'll go back to this particular book to remind me of all the things I love about faeries. It cheers me up to know there are other authors out there who have done the research to write solid faerie stories. If I had a physical copy of this book, I suspect it would get beaten up in a hurry, given how often I read it. 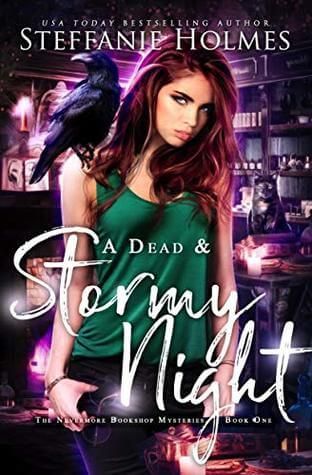 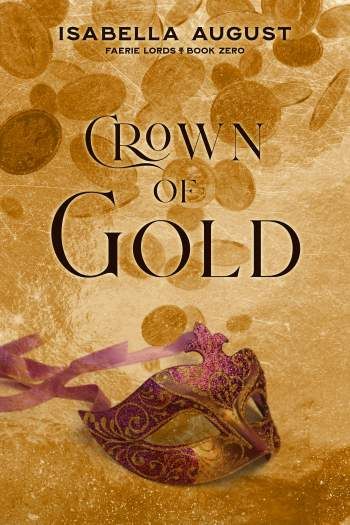 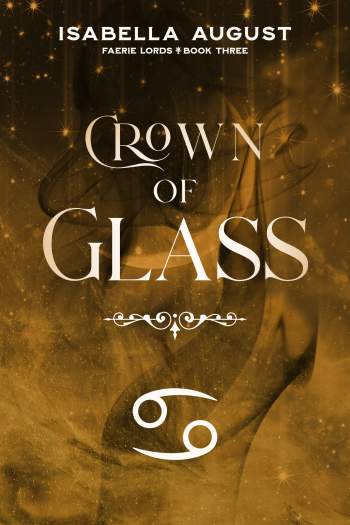 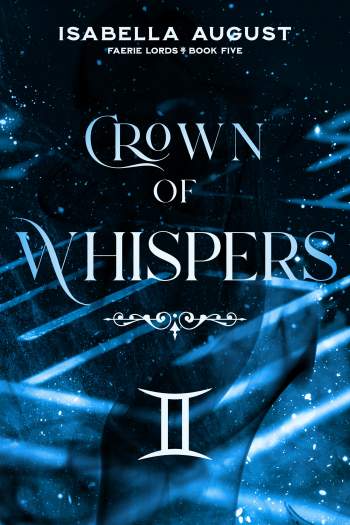 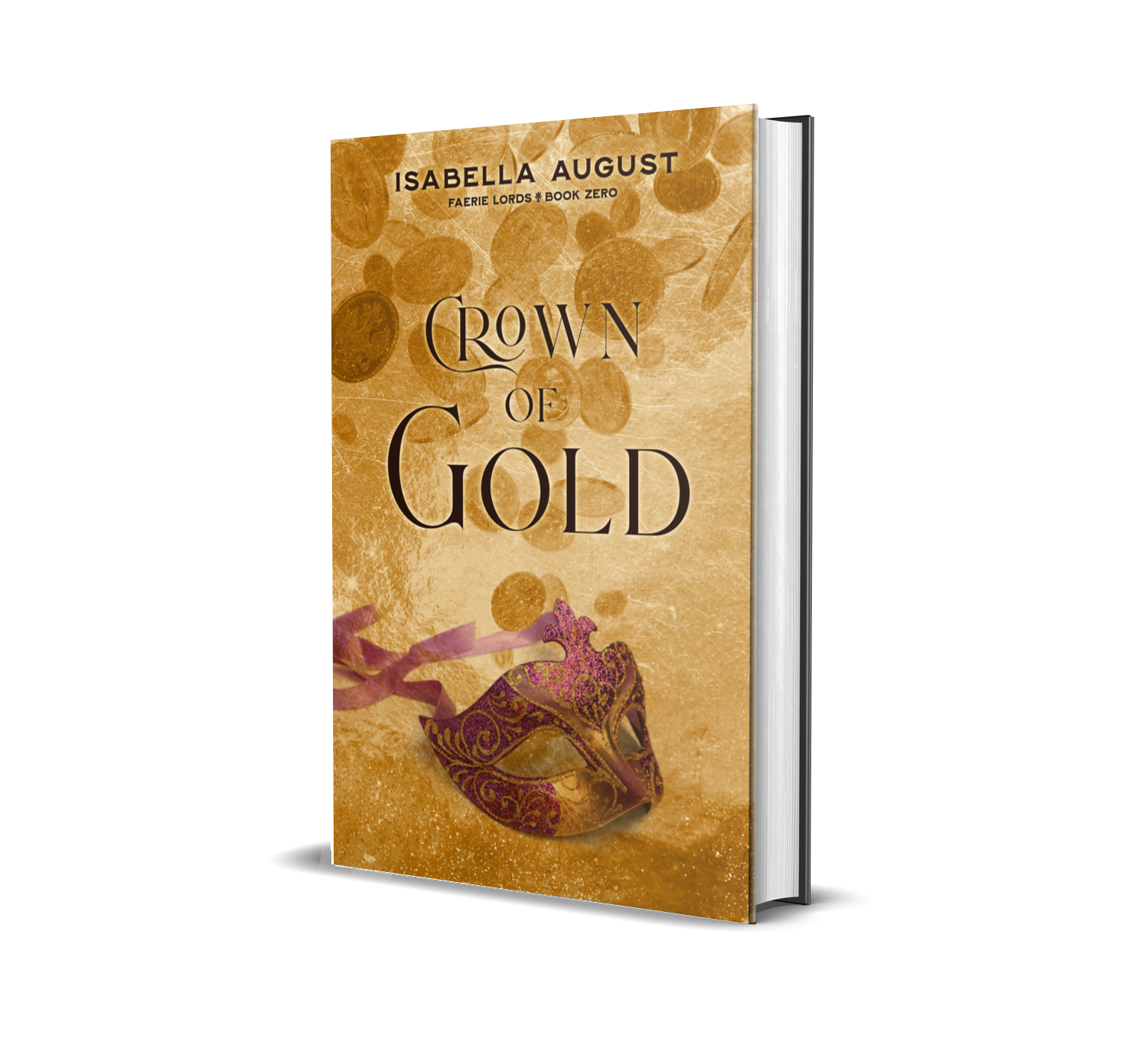